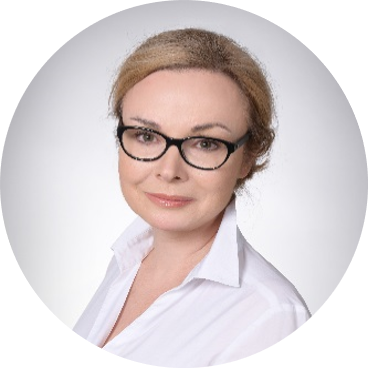 Dr Katarzyna B. Wojtkiewicz is a lawyer (LL.M) with a doctor’s degree in economics obtained in (data) management. Following this merge between legal and technical matters, she dedicates her professional career to design and implement efficient data governance frameworks in private and public institutions. Her profile was established as a response to the necessity of an on-going transposal of the legal acts into a logarithmic language of the information systems. Presently, in the post of the Assistant Professor at Chair of MIS, she engages in the interdisciplinary researches of legal, management, and economic sciences. Her ambition is to explore interconnections between regulatory definitions of legal entities in various jurisdictions, and effective data governance systems supported by modern technologies. Being engaged in setting of the governance framework of European institutions, she supports transposal of the EU financial and staff regulations into internal control processes of the European Border and Coast Guard Agency (Frontex). Prior to her current role, dr Wojtkiewicz served the European Insurance and Occupational Pensions Authority (EIOPA), focusing on the business processes and data designs. From the very beginning, she is actively involved in implementations of the Global Legal Entity Identifier System, and other initiatives improving data exchange standards and related regulatory framework. Before joining EIOPA in 2011, for more than 16 years, dr Wojtkiewicz had been employed in several managerial positions in international financial groups, including roles of the Custody Department Director, and CEO of the Transfer Agent Company for the investment and pension funds. She also provided an advice to the Chair of the Polish SEC in transposing the European directives into the national legal system, and introducing them to market infrastructures and day to day supervision. She shares her experience in form of various publications and supports knowledge exchange between academia and industry, servicing as an academic member of the Allerhand Institute, independent research centre, which conducts interdisciplinary and comparative studies on the role of legal institutions in creating and working in economic markets, both in terms of the shape of the regulation, and the institutional framework they create.