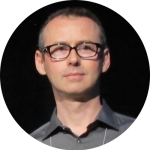 Bertrand Coüasnon (Gender: male). Bertrand Coüasnon is an Associate Professor (HDR) in Computer Science at the National Institute of Applied Sciences (Insa of Rennes), France. He is Scientific Head of Media and Interactions Department of Irisa Laboratory (800 people) and member of the Scientific Board of Irisa. In 1996, he received his Ph.D in Computer Science from the University of Rennes 1, France. He worked several months in 1996 at AT&T Bell Labs, Holmdel, USA. From 1996 to 2002, he was an Associate Professor in Computer Science at Insa of Rennes, France. From 2002 to 2005, he was a Research Scientist (secondment) at Inria, France. Since 2005 he came back to his Associate Professor position at Insa. Since his PhD, he worked at Irisa Laboratory on knowledge formalization, generic methods for document structure recognition and handwriting recognition, with applications on archives documents, heterogeneous documents… Bertrand Coüasnon was a co-founder and Consultant Scientist of the Evodia company (2005-2010) that stemmed from his research group.