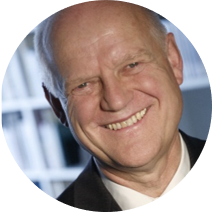 Helmut Siekmann is Distinguished Professor for Money, Currency and Central Bank Law at the Johann-Wolfgang-Goethe-University, Frankfurt am Main. His research is focused on all aspects of the European System of Central Banks and government finances in Germany. He has also worked extensively on the institutional framework of the EU to secure fiscal stability of the Member States, the mechanisms to stabilize financial institutions, and the supervision and control of financial markets. Professor Siekmann received his doctor juris and his post-doctoral degree (Habilitation) from the University of Cologne. He also earned a master’s degree in economics (Diplom-Volkswirt) from the University of Bonn. He has been full professor of law at the Ruhr-University Bochum from summer 1993 to spring 2006. From then until present he works at the Goethe-University. He has been visiting professor at several foreign universities: Saint Louis University School of Law (1996, 1999, 2001), Université d’Orléans (2003, 2004, 2005, 2006), Université Paris-Dauphine (2005, 2007), Université de Luxembourg (2009), and Donau-Universität Krems (2013). Professor Siekmann contributed to numerous legislative projects on the national and supranational level. He worked as counsel to constitutional bodies and represented them in constitutional courts. In 2010, the University Paris-Dauphine awarded him the degree „docteur honoris causa“.